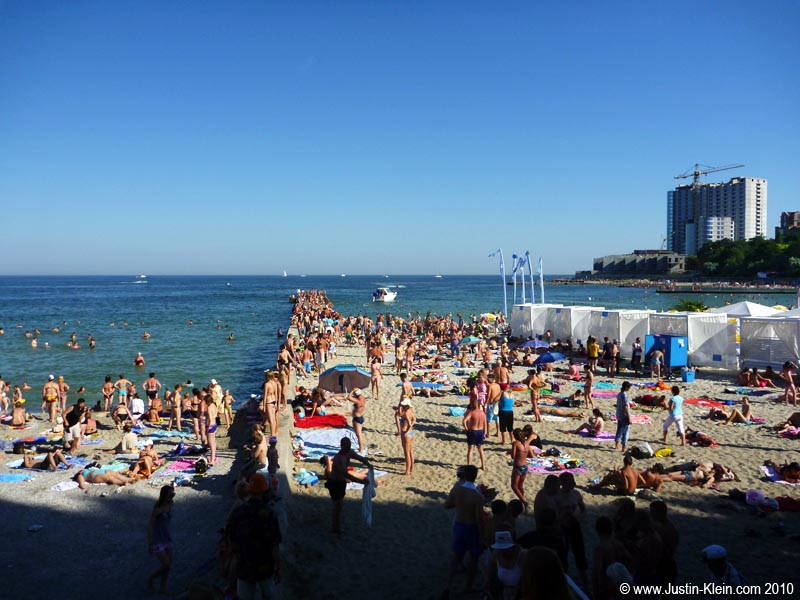 You may’ve noticed that unlike the first half of my trip, since meeting up with Peder I haven’t complained even once about the weather. That’s because, just as I expected, since he came along and brought his seemingly endless good luck with him, we’ve scarcely seen a cloud in the sky. It’s been blisteringly hot but gorgeous, which has given the second half of the trip such an indescribably different vibe from the first. 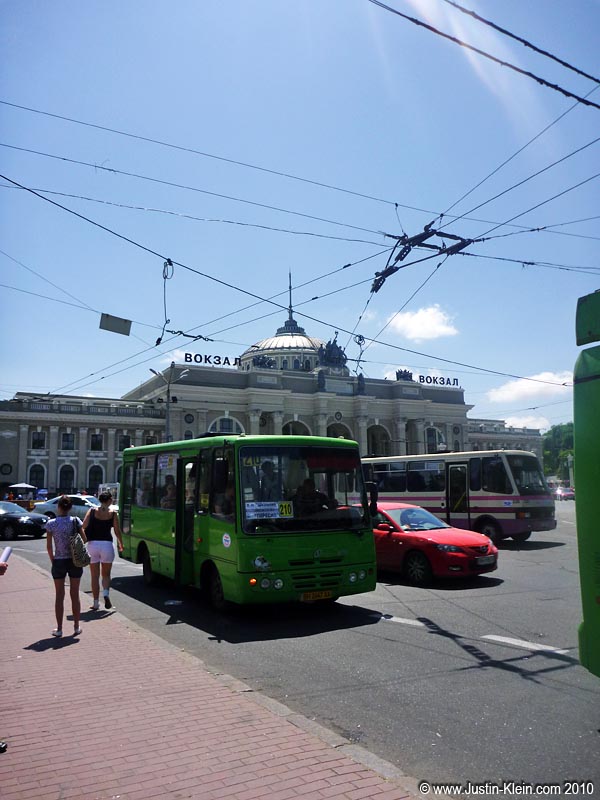 This looks like a potential bus station, right? Nope! It’s just a place where dozens of buses happen to stop…right in front of the train station.

The morning after our relaxing day of sightseeing, we’d planned to get out of the room by 9 and head a few kilometers out of town to enter the massive limestone tunnels that sprawl beneath most of Odesa – but surprise surprise, we didn’t get out until 1.

Then, the deceptively challenging process of finding Marshrutka #84 began. “Marshrutka 84 departs from Pryvos bus station every 10 minutes and heads straight for the catacombs.” How tough could it be, right?

Well, for us it took well over an hour…

…But to be fair, this was more due to linguistic difficulties than anything else.

I’d mentioned in earlier posts that in Germany and Amsterdam, everyone seems to speak nearly flawless English. Paris was a bit less, though getting around was manageable enough – you just had to ask a few more people before finding someone who’s able (or willing) to help. Budapest was the first place where I started feeling linguistic isolation, and this level remained about constant for the next few countries (with the exception of Slovenia, which was undoubtedly the most English-capable of the former Yugoslavian area). Romania I can’t really comment on, as we didn’t do much socializing there.

But here in Ukraine we’d clearly entered a whole new territory: even among youths “Russian Only” became the rule, not the exception. And while some of them are more than eager to try (i.e. the very friendly but undeniably monolingual Sergei), their total lack of conversational experience often makes communication impossible. 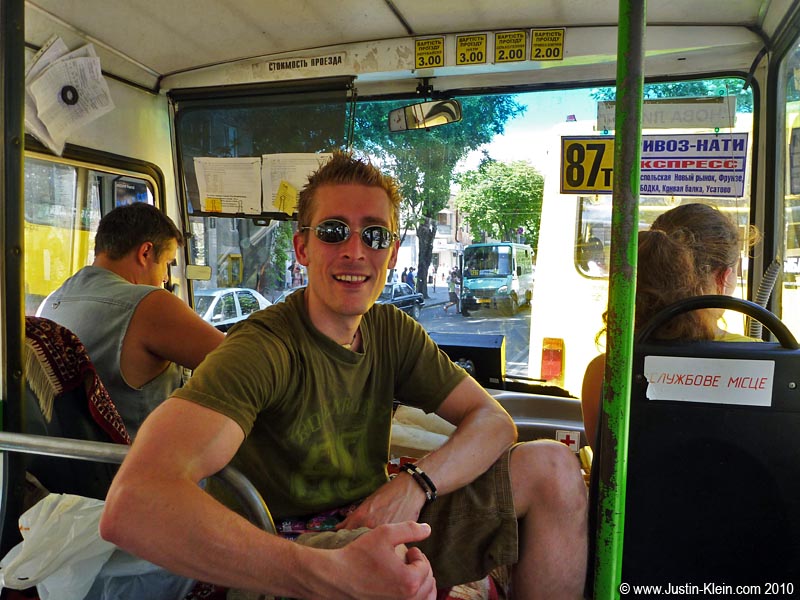 So anyway, finding the minibus took so long simply because out of the dozens of people we asked, all of them were either unwilling or unable to help. We found ourselves wandering endlessly from place to place for more than an hour before finally stumbling on #84 (several blocks from where we’d originally been looking).

With countless marshrutka stopping on every corner of the city, it’s surprisingly not obvious where the “bus station” actually is. 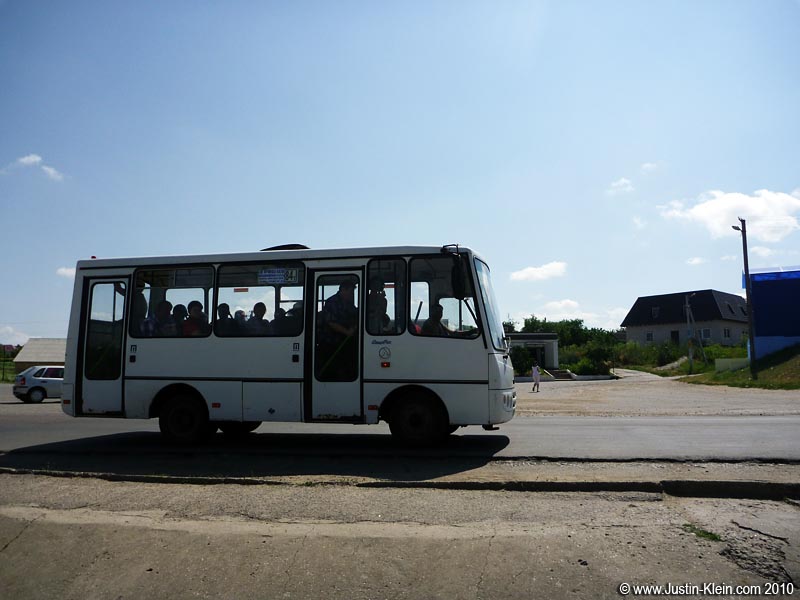 But finally, we made it to the catacombs – and with just one hour to spare before closing 🙂