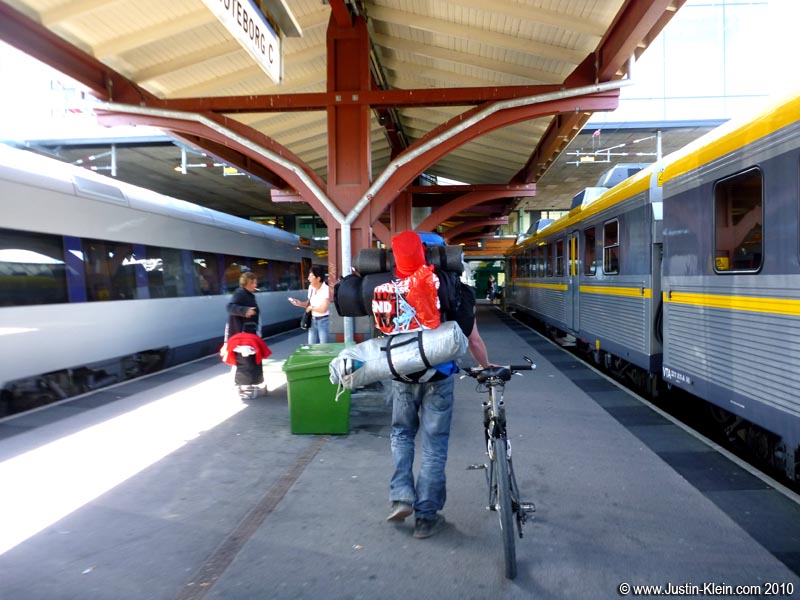 Our plan was to take the 8:23 train from Copenhagen, but after wandering around the wacky wonderland of Christiania until nearly 2am, neither of us could bear to get up – so we hit the snooze button and caught the 10:23 instead.

It was fast, clean, and comfy – but neither of us slept, thanks to a less-than-considerate mother who didn’t seem to mind letting her 3 kids behave like they were in some sort of playground

Riding to our hostel.

When we arrived in Sweden – officially my 43rd country – Peder led us straight to a hostel he already knew.

Being half Swedish, his mother just happened to be from Gothenburg – so in addition to offering me some interesting tourism, the stop would double as a trip down memory lane for Peder. He knew about our hostel because it was located in the very same building where his family used to live. 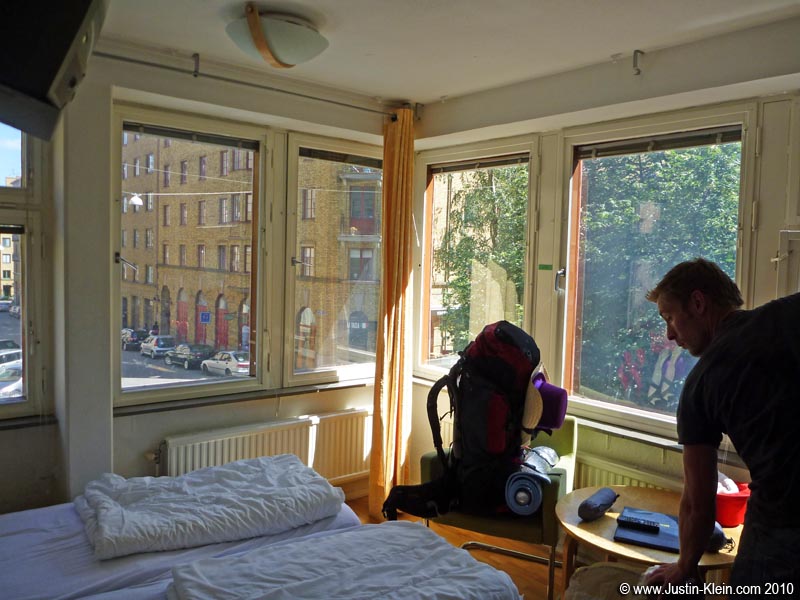 A room with a view.

The lodgings were truly top notch – with a huge lounge, billiards room, sauna, and even a sun room. We ended up in a 4-bed corner dorm with wall-to-wall windows and sweeping views in both directions.

Unsurprisingly, it was also expensive – quite a bit more even than my similar room in Paris 🙁 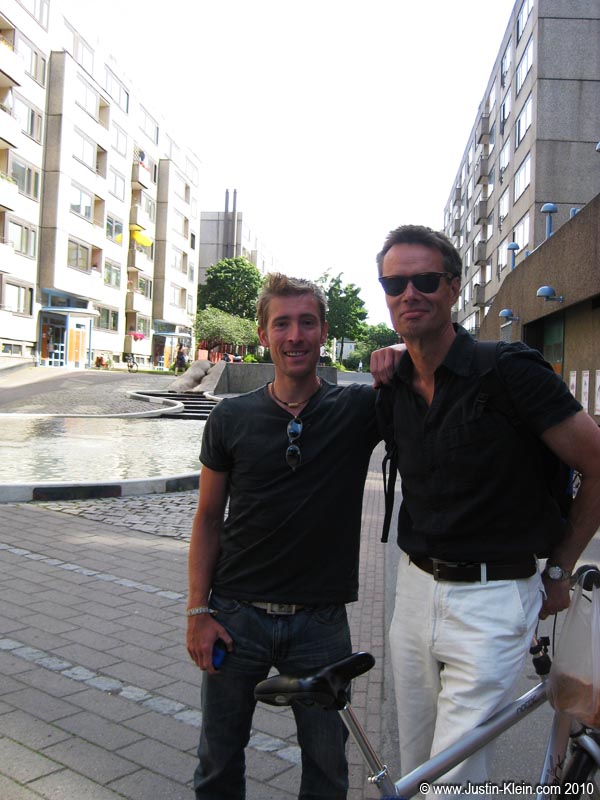 Peder and his uncle.

After a quick freshen-up we headed out for a walk-through of the family’s apartment complex. Within seconds, guess who passed by.

His uncle. Talk about a coincidence. 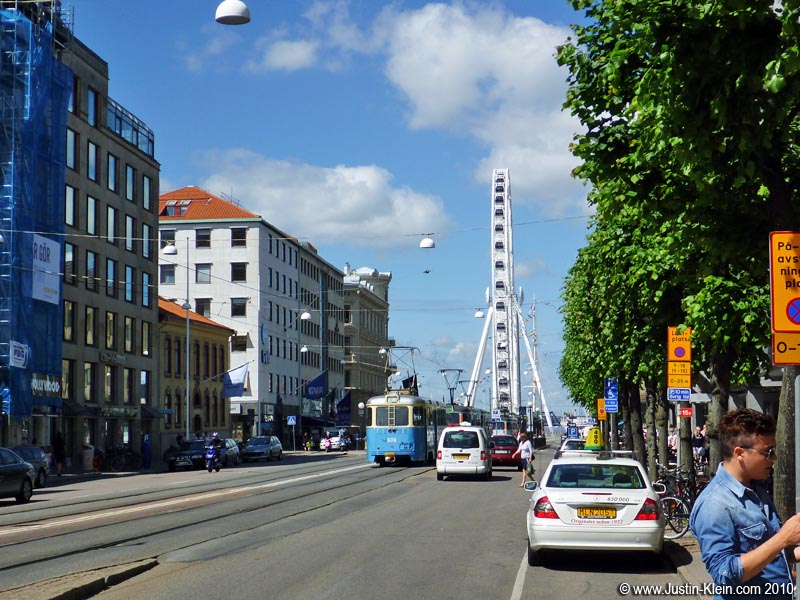 The road to the harbor.

The two of them caught up for a bit, mostly in Swedish, before we excused ourselves to begin the day’s tour.

The sun was in the worst imaginable place for this photo…but I thought it was a really cool scene so I’m posting it anyway :p

Although Gothenburg is known as one of Sweden’s nicest cities, it’s actually quite small. It was easy to cover its few major sights in a day. 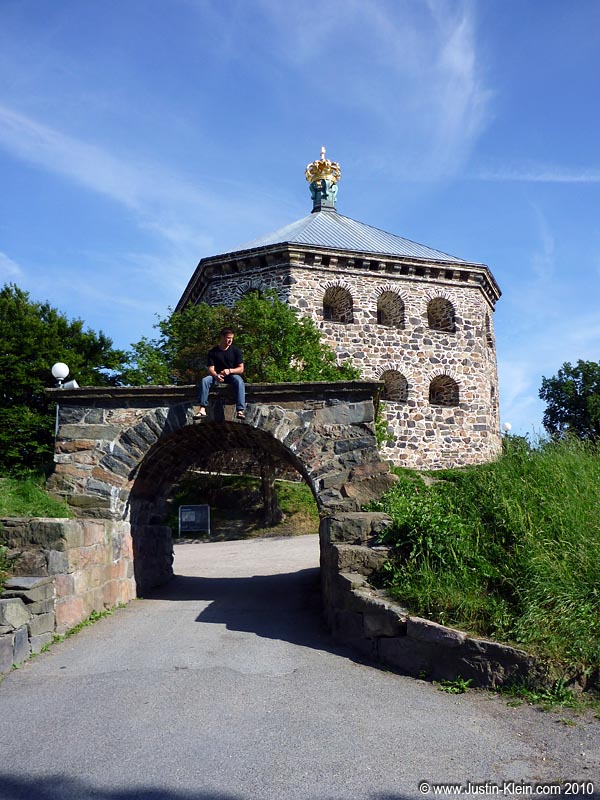 …Especially because Peder knew exactly where to go. Back when my dad and I were romping around the undeveloped canyons of LA, Peder was hiking up old defensive towers in Gothenburg, Sweden. Kinda cool…at least to an American 🙂

An overview of the city.

We made our way through the downtown area, up to its two most famous towers, along its canals and through its parks. 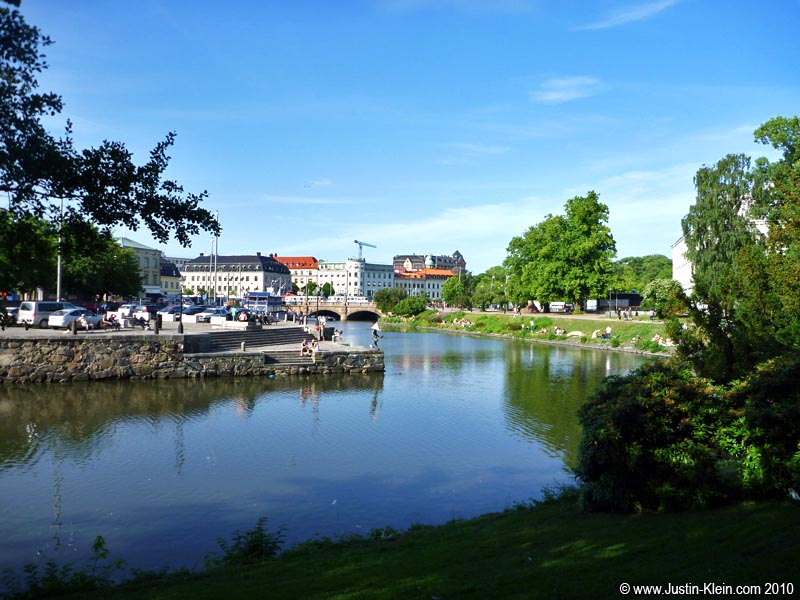 A park near downtown.

We couldn’t have asked for better weather, and the unmistakable ocean breeze blowing in from the harbor made it that much more pleasant. 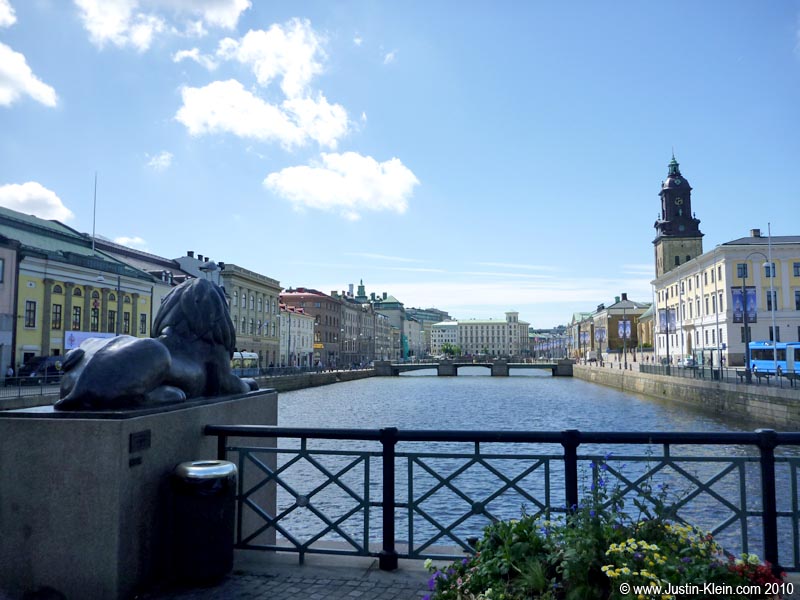 Our initial intention was to cover the primary sights before wrapping up our day at a popular amusement park – but instead, a very unexpected opportunity presented itself. 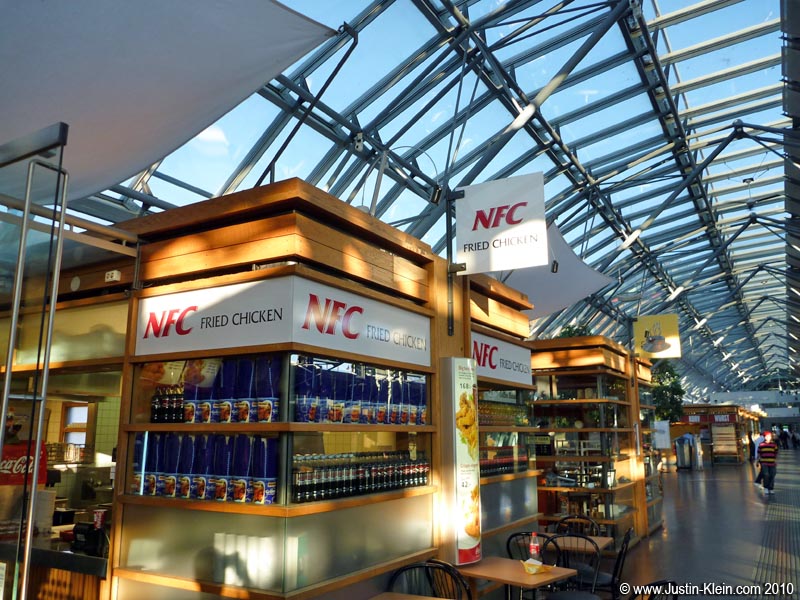 Hmm…something about that logo just isn’t quite right :p

Of Gothenburg’s two defense towers, the one shown above was pleasant and pretty. The other was located in an industrial part of town with trains and smokestacks all around. Still, we decided to give it a look.

It was this industrial wasteland that provided the backdrop for our most unexpected encounter. I’ll give you a hint: it involved a high-powered air rifle.