It took me about 5 minutes in Melaka to realize I’d be way happier here than in KL. 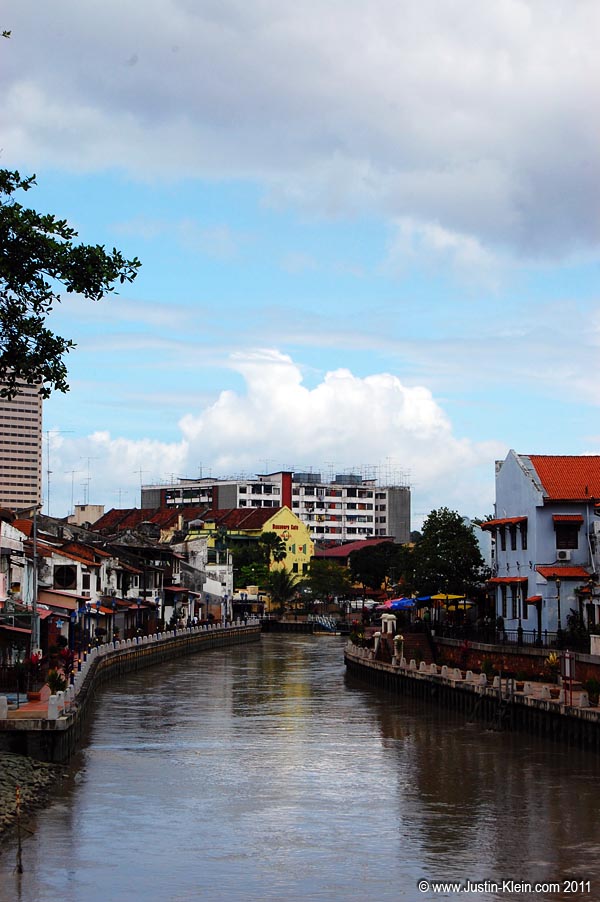 “Melaka has all the advantages of a metropolis: seemingly hundreds of cheap fantastic places to eat and stay, artistic and tolerant locals, diverse entertainment and nightlife and a colourful history that you can nearly touch. Yet it’s a small, manageable place that exudes a calm that’s only a notch more stressful than a tropical beach. Melt into the daily grind of dim sum breakfasts, the call to prayer followed by church bells down the road, laksa lunches, rides in crazy and gaudy trishaws, tandoori dinners and late-night drinks at balmy bars. It’s hard not to like this town.” 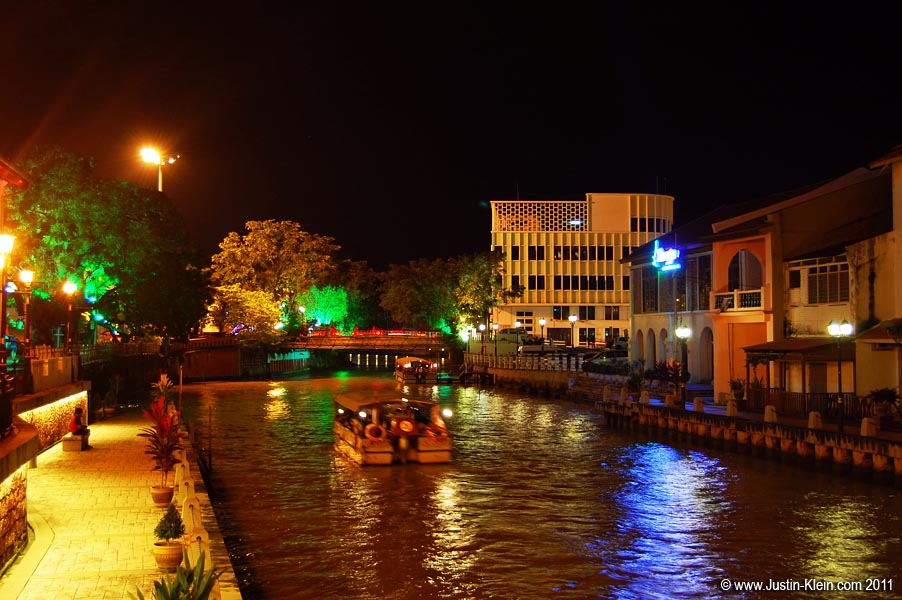 Boat rides are a great way to enjoy the cool evening air.

I can vouch for that: it really is hard not to like Melaka. Especially after a full week in the polluted urban jungle of Kuala Lumpur 😛

A sleepy little coastal town just 120km from the capital, I was surprised to learn that Melaka is actually the cradle of modern Malaysia – everything from the political system to international trade originated here. In fact, when Kuala Lumpur was still just a malaria-ridden swamp Melaka was already one of the most powerful trading ports in all of SouthEast Asia.

Since being founded by a Sumatran prince in the late 14th century, Melaka has changed hands between the Portuguese, Dutch, and British – all while hosting thousands of Chinese settlers and of course Malaysian natives. This long and colorful history has given rise to a dizzying array of cultural influences and historical monuments, making Melaka one of the most interesting touristic gems in the region. 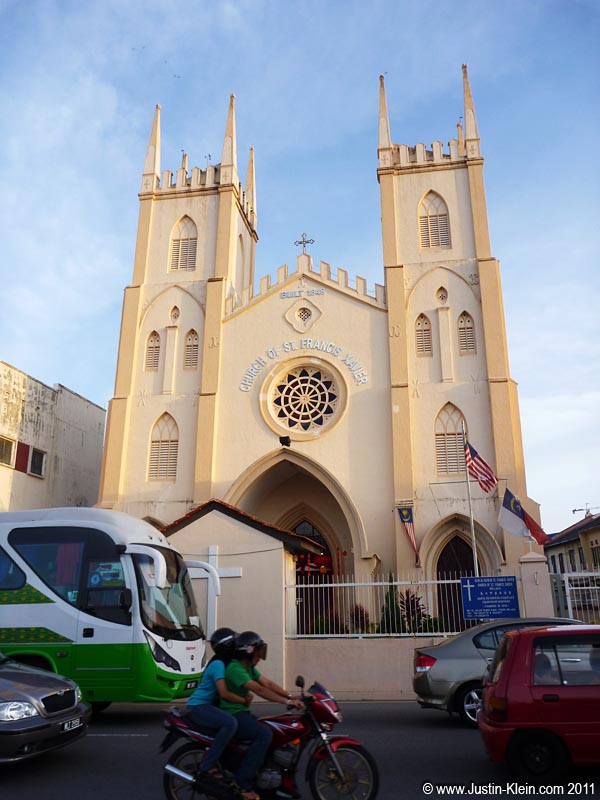 The Portuguese left their mark as well.

(If you’re wondering how such a once-powerful city ended up so far off the radar, the answer is simple: Singapore. The most successful of Britain’s three Malacca Straits Settlements, Singapore’s rapid growth eclipsed that of Melaka, leaving it to return to the quiet backwater town it is today).

As did the Dutch, who endowed the city with its most recognizable landmark, Dutch Square. The lovely central gathering point comes complete with a tulip garden and its own windmill.

Anyway, I arrived at the central bus terminal by around 3pm, caught a local connection to Dutch Square, and set off on foot. 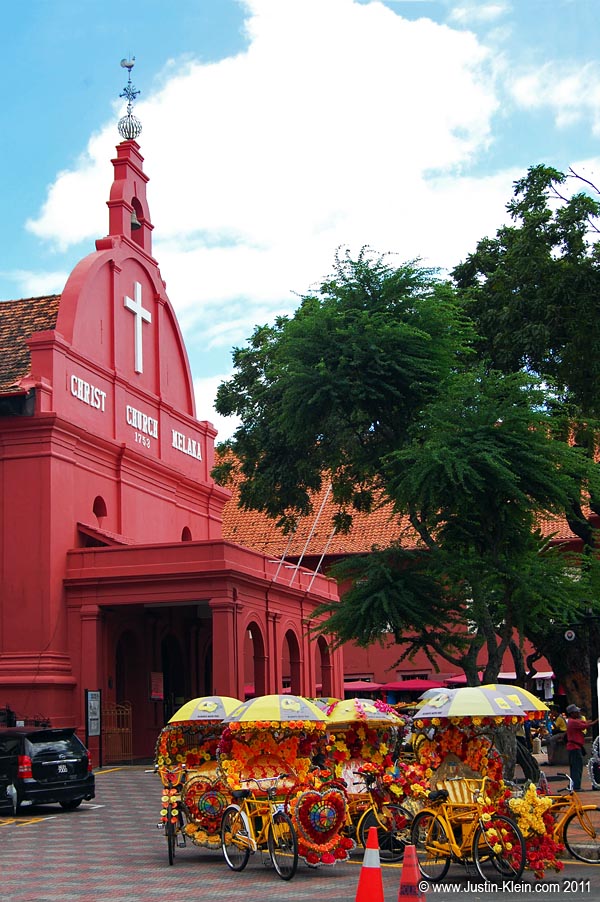 Even my first hour – spent, as usual, searching for a place to stay – felt like a refreshing breath of air. Dutch Square itself, my first ever exposure to the town, is a quaint little plaza filled with tulips, a small canal to one side and a bright pink cathedral to the other. Flocks of sparrows chirp overhead, tourists gather to snap photos of the brightly-colored flowers, and locals sip coffee at waterfront cafes as they wait for their $2 meals to arrive. The sky was as blue as can be and you could literally taste the cool ocean breeze blowing in from just a few blocks away.

Fresh soy milk. I must’ve had about a hundred of these during my month here.

For the past two months I’ve been constantly on the move, always pushing onward towards to some important date in some distant city. But the last such date, Thaipusam, has finally come and gone. And I seem to’ve stumbled across the perfect little haven to settle down, unpack, plug in, and start earning my salary.

Restoran Selvam was one of my favorite Indian joints in town; they had a tandoori chicken lunch special that was to die for.

Note 1: These posts are behind realtime; the above took place on Thursday, January 27th.
Note 2: For those who didn’t get it, the title of this post is a ridiculously nerdy reference to a town called “Kalm” in Final Fantasy 7.

12 Responses to “A Kalm Little Town”