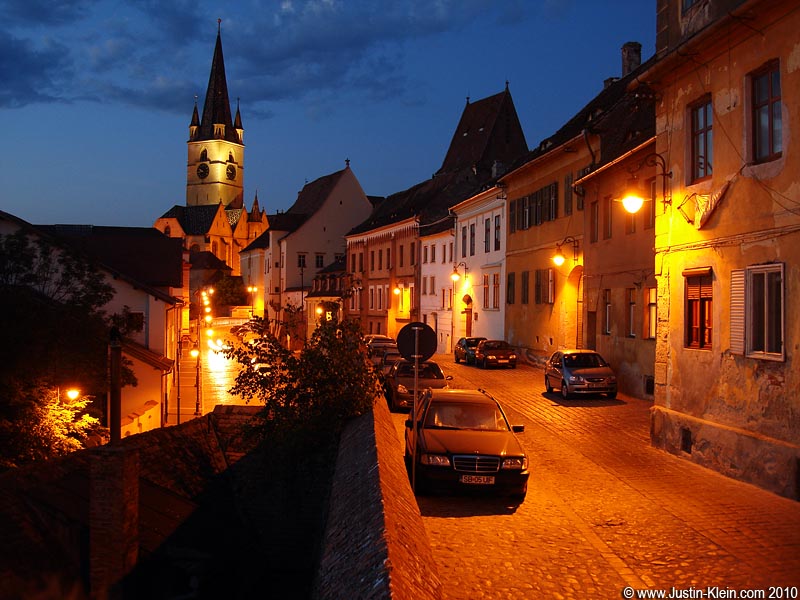 Sibiu, one of Transylvania’s three most famous medieval towns, left both Peder and I with almost identically positive impressions: a pleasantly relaxed feel, surprisingly pretty, and extraordinarily interesting. Dominated by a sprawling town square with two clocktowers and countless old, colorful buildings, Sibiu was full of young locals scampering about, even on a Tuesday evening. Add to that the same level of helpfulness and hospitality as I’ve observed throughout East Europe, and you’ve got yourself a place well worth visiting. 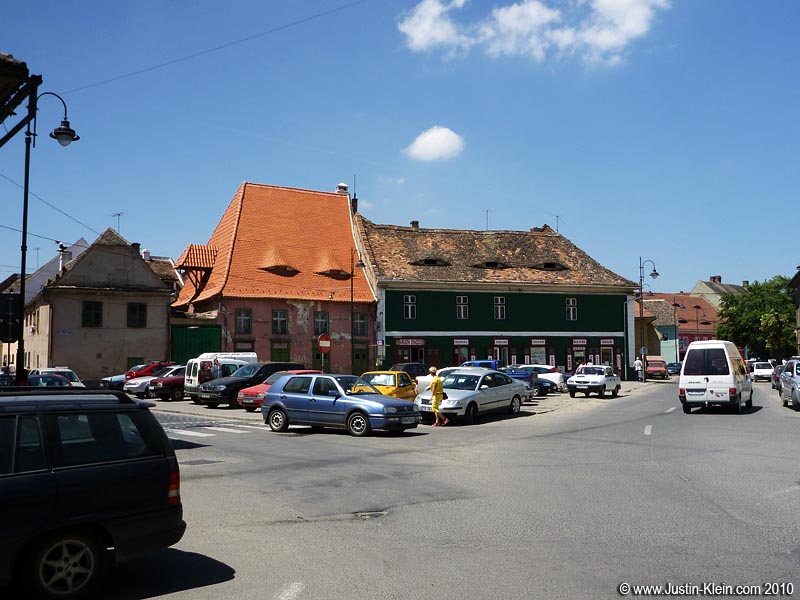 Sibiu’s most noteworthy characteristic: its windows. They look just like squinty eyes peering down on you. And strangely, they seem to be completely unique to the city: although nearly every building in Sibiu had them, we didn’t see even one such window throughout the rest of our trip – in Romania or elsewhere.

Because it was still low season, finding a suitable place to stay was a simple matter of strolling into the first pension listed in Lonely Planet. To our surprise, the woman there even spoke perfect English – which made the task of finding our way around and planning our onward travel remarkably painless. 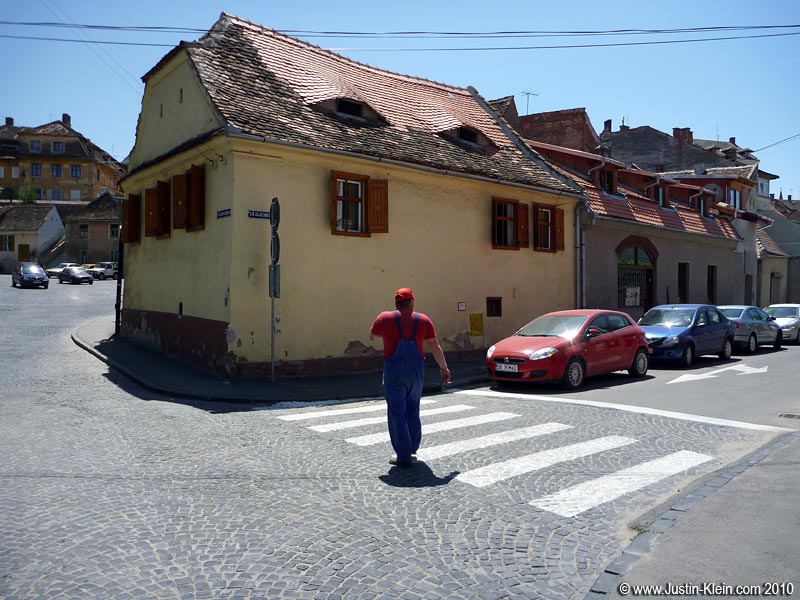 In addition to its very unusual windows, Sibiu had a surprisingly high population of guys dressed like Mario.

Though we’d barely slept a wink after the previous night’s transport tribulations, if we wanted to make it to Odesa in time for the weekend, we’d have to keep the pace – so we headed out immediately.

…Or, almost immediately. First we stopped by a rental agency to examine the feasibility of using a small car to tour some of Transylvania’s more backwater villages – but ultimately decided time was just too tight. Instead, we plotted a bus-and-train-based route via Moldova, and set out exploring the city.

First was a trip up the church tower…

…for a panorama of town square,

A view from Turnul Sfatului.

…followed by a ascent of nearby Turnul Sfatului – Council Tower – for a slightly different angle. 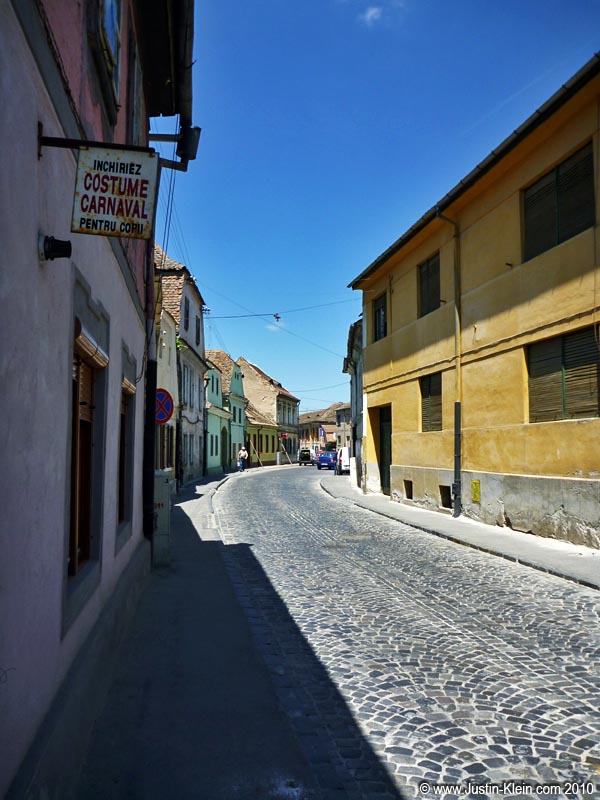 A small backstreet in Sibiu.

Then after a bit of time roaming around the city’s countless cobbled roads, 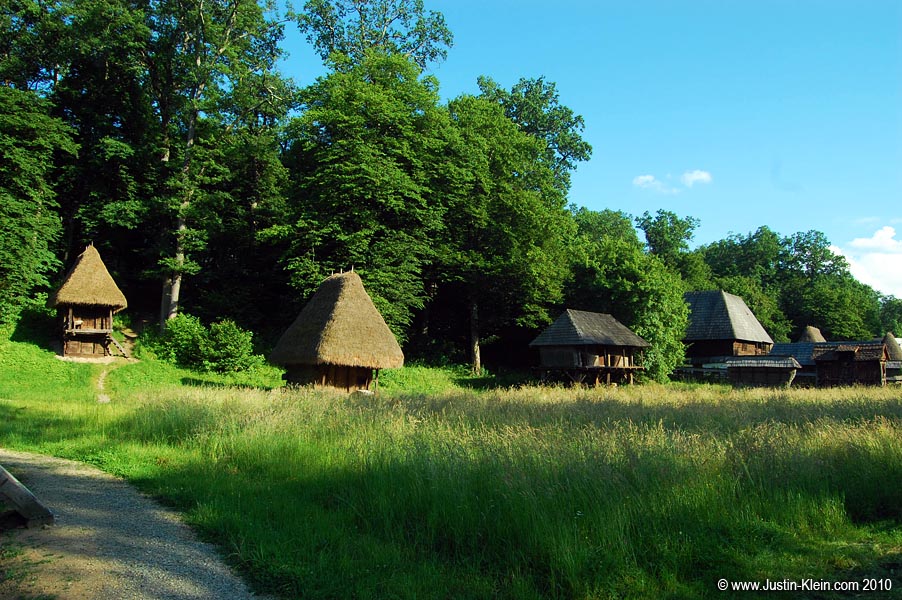 We caught a short bus a few kilometers out of town to an LP-recommended open air museum. 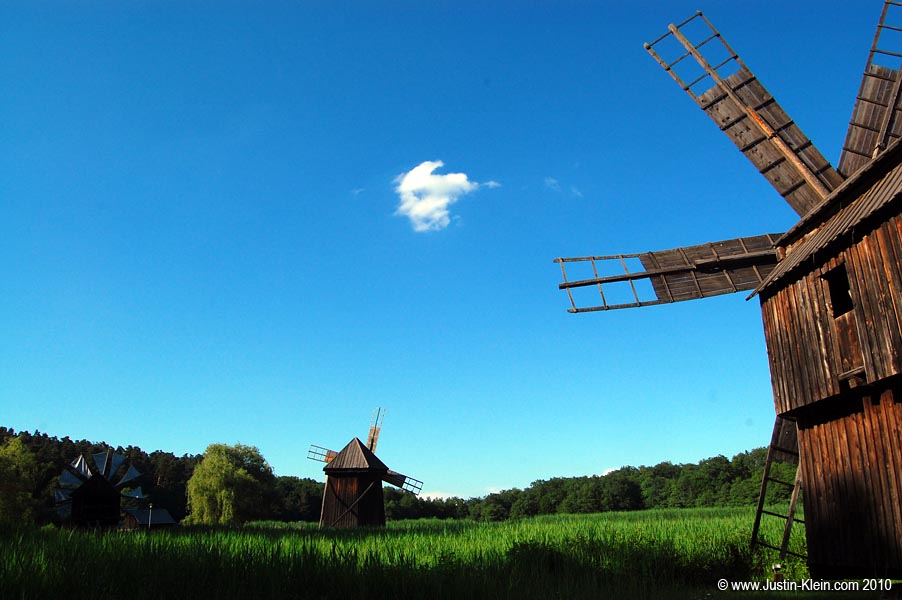 Though it did contain the promised huge selection of traditional Romanian homes, I personally found this to be ‘just okay’ – not nearly as pleasant as exploring the medieval town center itself. 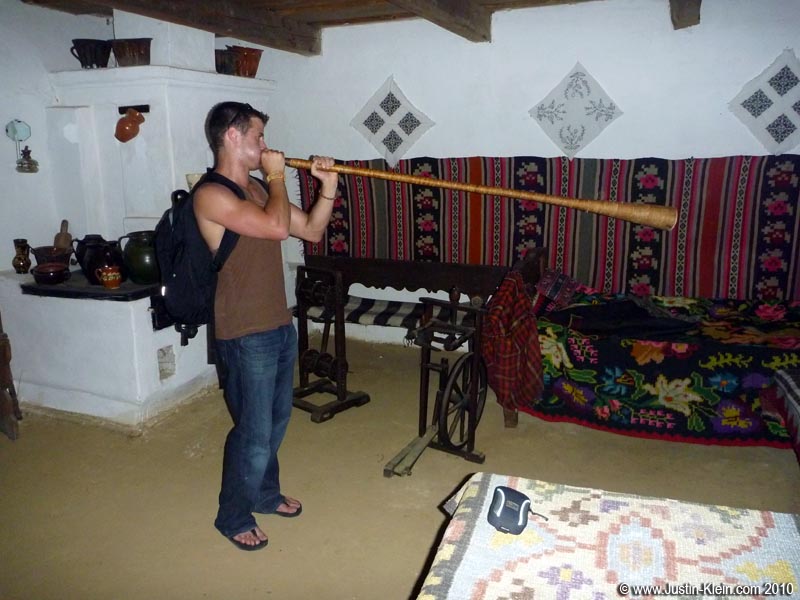 The experience was also slightly soured by a restaurant waiter who decided to take us for a ride with the check, though after holding our ground he eventually agreed to give us the price clearly marked on the menu. 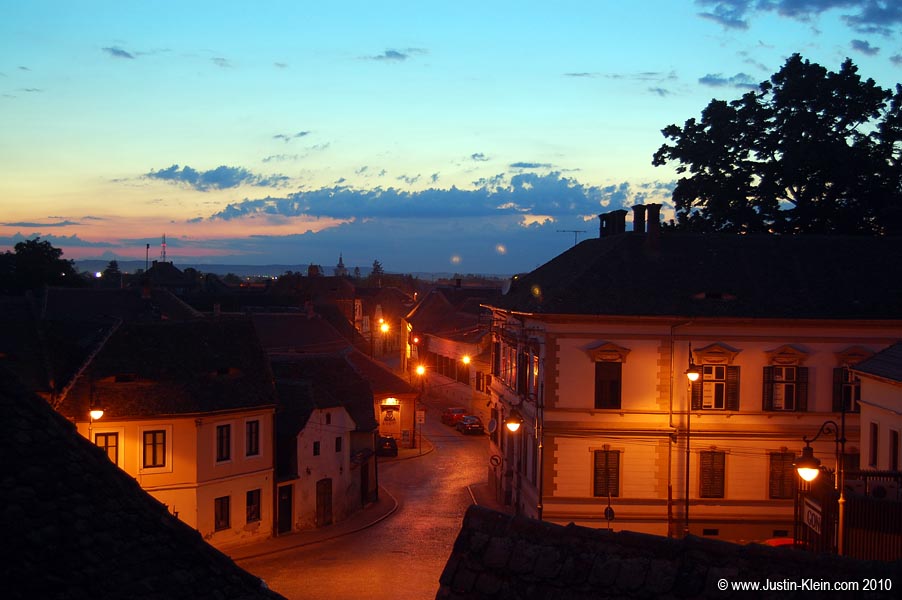 A scene at dusk.

By the time we made it back into town I was starting to feel sick…again…for the third time on this trip. No doubt this round was due to two intense days of walking connected by a stressful night in transit with about an hours’ worth of sleep. So after a quick nap in the room, dinner in town square, and a couple hours of long-exposure evening photography, I insisted that I head back for some much needed shuteye.

Though Peder was anxious to go out, it was already midnight – and as we had to catch a 6:30am bus onward to Braşov, the thought of yet another sleepless night did not bode well for my increasingly sore throat. 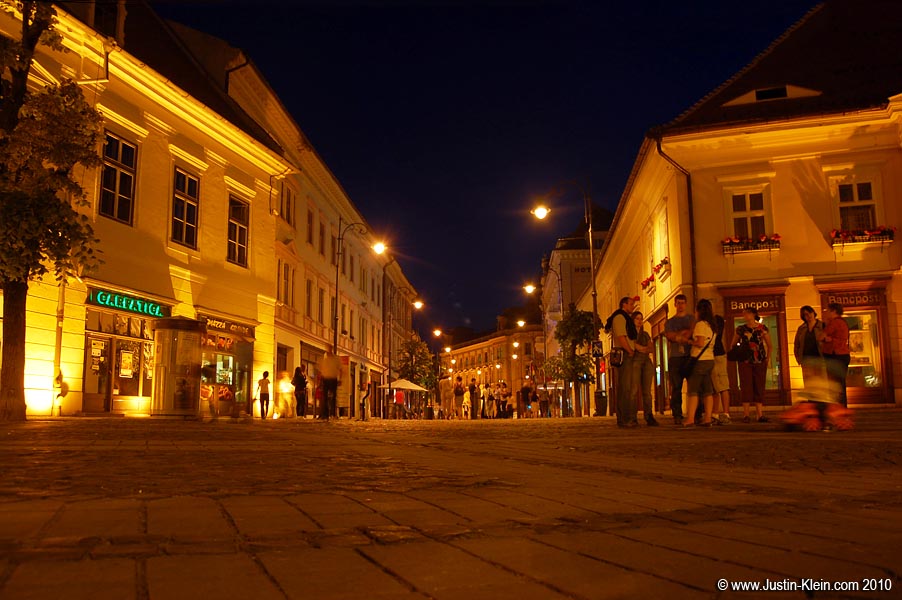 So after a brief but restful night on a comfy Romanian mattress, we found ourselves once again on the move.