Last year my thanksgiving came and went with little notice. In Japan, where barely anyone’s even heard of the uniquely American holiday, a family-gathering gut-stuffing turkey-based meal is pretty much outside the realm of possibility.

So you can imagine my surprise when I learned that this year, in China, things would be different. 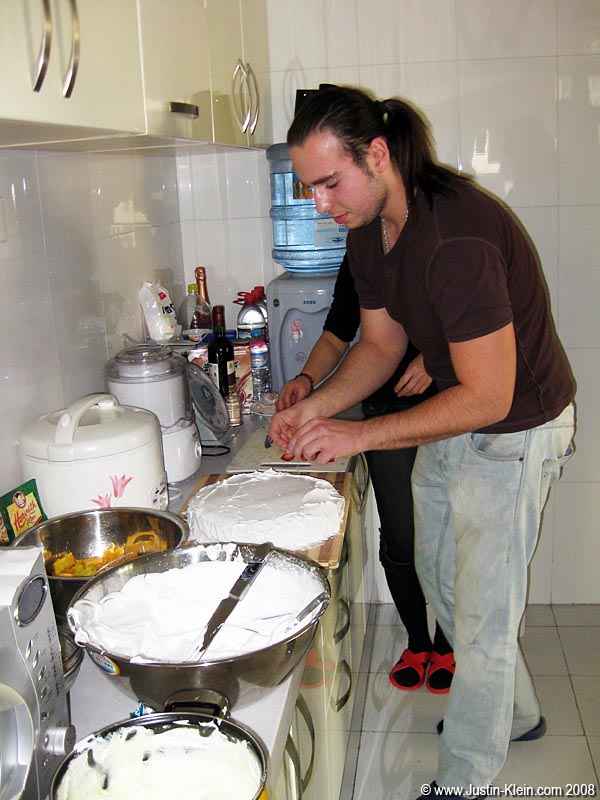 Bence the chef. An incredibly awesome, and equally crazy guy. See that eyebrow piercing he’s got there? Done by hand…here in China…with a syringe.

I showed up at Andy’s door on November 19th, one week before the holiday…and learned that a 25 pound bird was on its way back from Beijing. Bence, the Hungarian friend mentioned in this post, had offered to do the cooking.

Even to someone with one professional chef (and several hobbiest cooks) in the family, this wasn’t a feast I’ll soon forget. And in proper Thanksgiving style, there were enough leftovers for Andy and I to nibble on for nearly a week afterwards.

I just felt bad for his maid, having to clean the spilt turkey juice, empty beer bottles, and dripped whip cream from 10 rowdy guests. But despite my attempts, she absolutely refused to accept help. 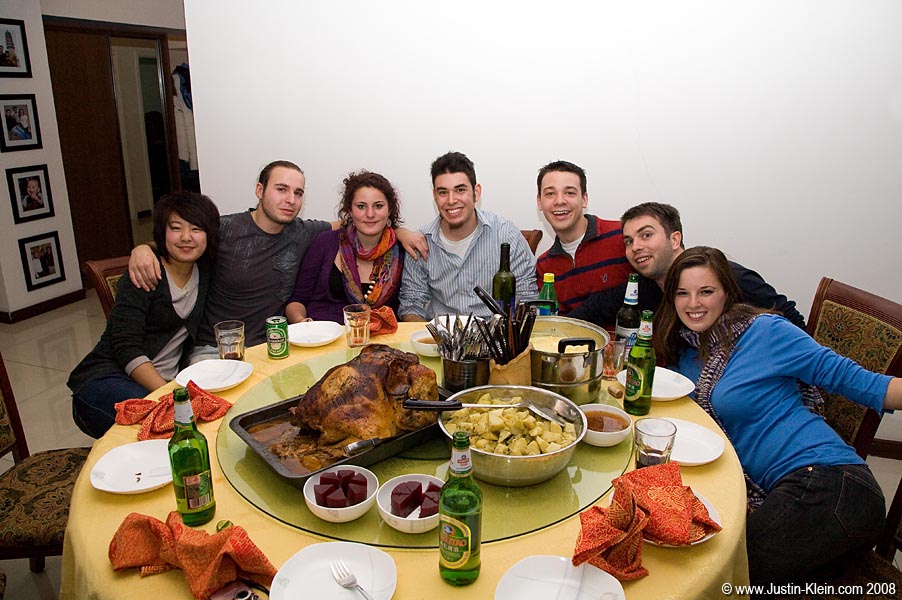 Happy Thanksgiving! This was just round one…there was plenty more food to come.

I still can’t believe she works 14 hour days 7 days a week…for $100 a month. By the time we wake up in the morning she’s already scrubbed half the apartment and prepared 2 fruit plates – everything peeled, every seed picked out by hand.

And yet she’s always got the warmest smile 🙂