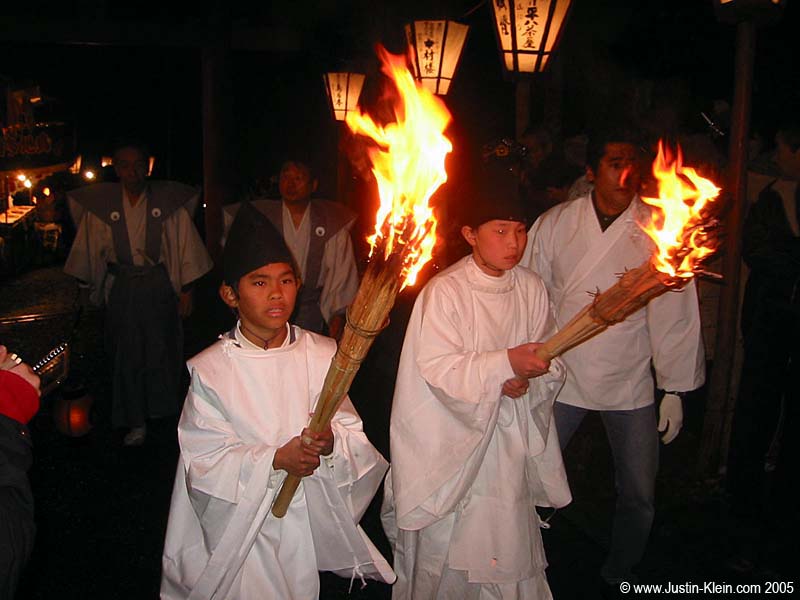 Totally unrelated to the Kurama Festival, somehow this picture seemed to “fit” here. It was taken at the Setsubun Festival last year.

Once a year, as dusk falls, the tiny village of Kurama in the hills to the north of Kyoto becomes an exotic sea of fire. Men dressed only in loincloths shoulder huge flaming torches, bonfires are lit and portable shrines are carried rowdily through the village and up Mt. Kurama to the Yuki Shrine.

This Saturday night. Are you ready? I know I am. 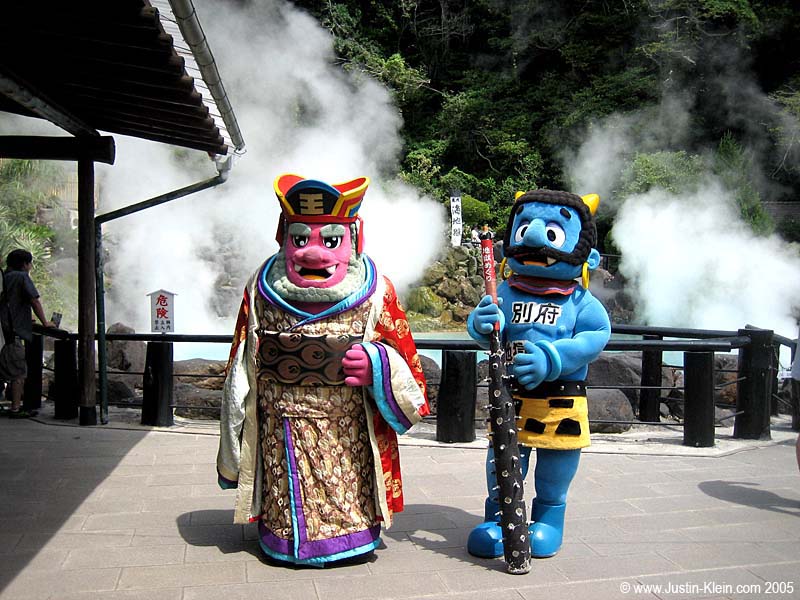 These are the types of traditional costumes I expect at the Jidai Matsuri. I WILL NOT BE DISAPPOINTED!

Jidai Matsuri, “The Festival of the Ages,” began only 110 years ago to celebrate the 1,100th anniversary of the founding of Kyoto. It involves over 2,000 participants dressed in the various styles of the different historical epochs proceeding from the south gate of the Imperial Palace through the city to the nearby Heian Shrine, escorted by oxcarts, horses, and flutists. 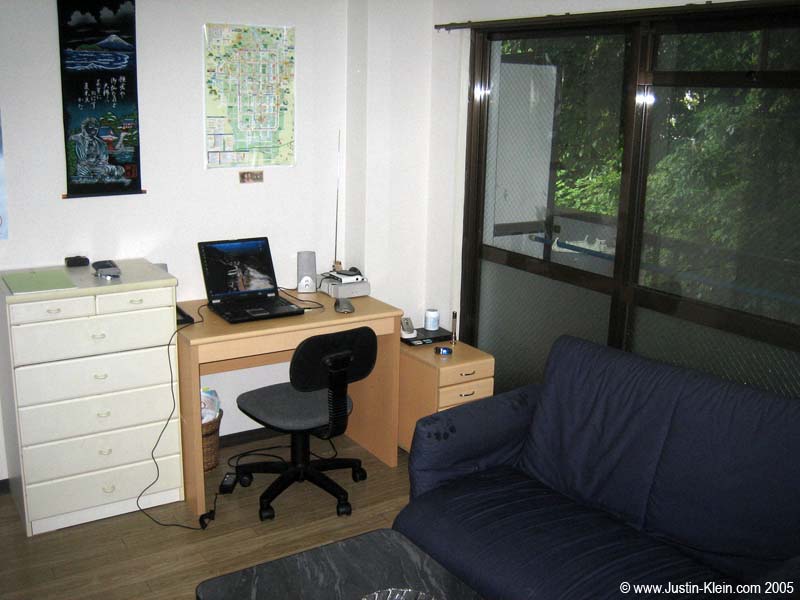 For those of you who are interested (most likely just family and friends) here is my new little apartment up near Kinkakuji (the Golden Pavilion). Complete with wet handprints on the couch!

Two huge festivals in one day? Sounds to me like some pretty good motivation to go out and grab that new Canon Powershot S2 IS. And on top of that, I was delighted to learn that with the increased value of the dollar relative to the yen, the price had actually dropped below that in the US.

The other side of my apartment. Just so you know, these pictures were not taken with the new camera, which is why they suck. New camera pictures will be here soon.

To Osaka I go, and back I come with yet another toy. I spent the first two hours at home reading every line of the manual – keep in mind that this is my first non point-and-shoot camera, and prior to Andy’s comments on my last post I’d never even heard of things like “shudder speed” and “f-stop.” But learning the types things this camera can do over my old compact digital…well, let’s just say I’m excited to get out and get started. 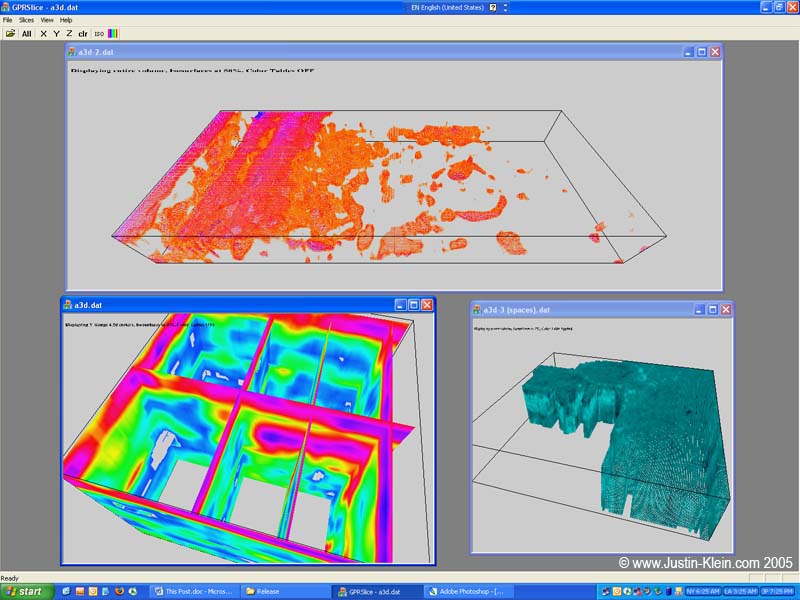 Bwahaha, a boring picture! This is my software, it produces manipulatable (is that a word?) 3D images from ground-penetrating radar data. The top image was generated from a hidden burial chamber in Miyazaki, Japan that has since been excavated. Pretty cool, huh?

Other than that, I’ve been keeping very, very busy lately. Dean, the geologist for whom I’ve been developing a piece of 3D Slicing software, is looking at releasing my work to the public in the next couple of months. And by “the public” I’m talking about clients like NASA. It’s time to get busy.

Plus, as always, A-class is there to give me a swift kick in the butt if I ever slack for too long.

Sexus, on Kiyamachi. Photo taken, um, sometime before my trip to China

On a completely unrelated note, those of you who’ve lived in Kyoto will undoubtedly be familiar with the infamous “Hotel Sexus” on Kiyamachi. Not necessarily because of all of the promiscuous activities that go on inside, as I for one have never ventured beyond its always inviting prison-style concrete walls. Moreso for the name. Perhaps it’s not as funny just reading about it as it is to turn your head up for the first time and think to yourself “…wait…what is that hotel called? But it’s something that I think every foreigner has done in this city at one point or another. And it’s a part of Kyoto. Or rather, it was. 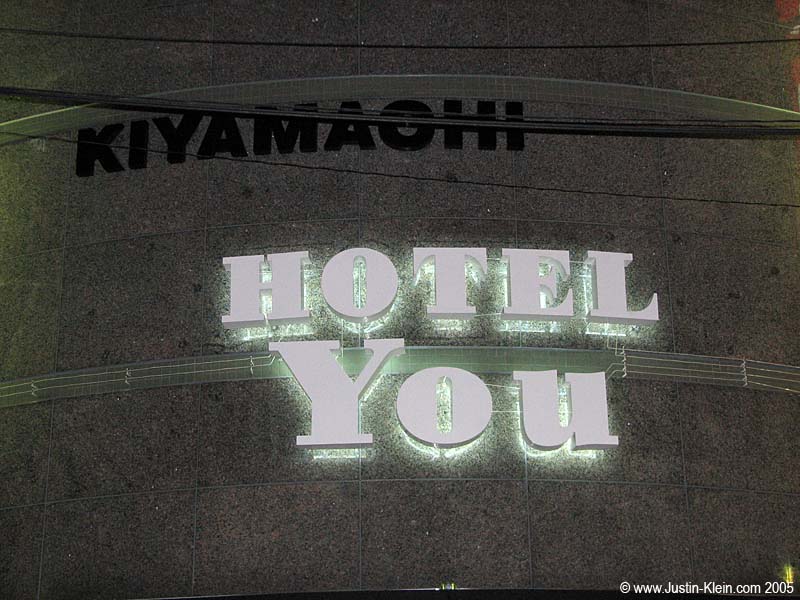 That’s right, shortly after returning from China I hopped on my bike for a little trip down memory lane, stopping after an hour or so to investigate my strong feeling that something was amiss. In Japanese, we call this feeling 違和感. I look around for a bit. Then I look up. The building and everything else looks the same…but the comedy factor just wasn’t there! Please observe the picture to the left.

Man, I turn my back on this city for one minute and it goes and disappears! Since I’ve been gone Maruzen, the largest bookstore that I know of, has also closed down! I’ll never leave you alone again Kyoto, really 🙂