The following is a continuation of Roskilde: Party of a Lifetime. If you haven’t already, please read that post first.

You can see security closing in as they try to get everyone to disperse…but even after a solid week of partying, nobody wants it to end : )

The conclusion of Roskilde was – just like the festival itself – quite unlike anything I’d ever seen. Even after a solid week of partying, nobody would allow it to end. The stages had shut down. The music was turned off. But that didn’t stop them. People began making their own music – playing the dumpsters and lampposts like drums and cymbals. Those who had instruments would climb a tree and perform for the crowds, which continued dancing as if nothing had changed. 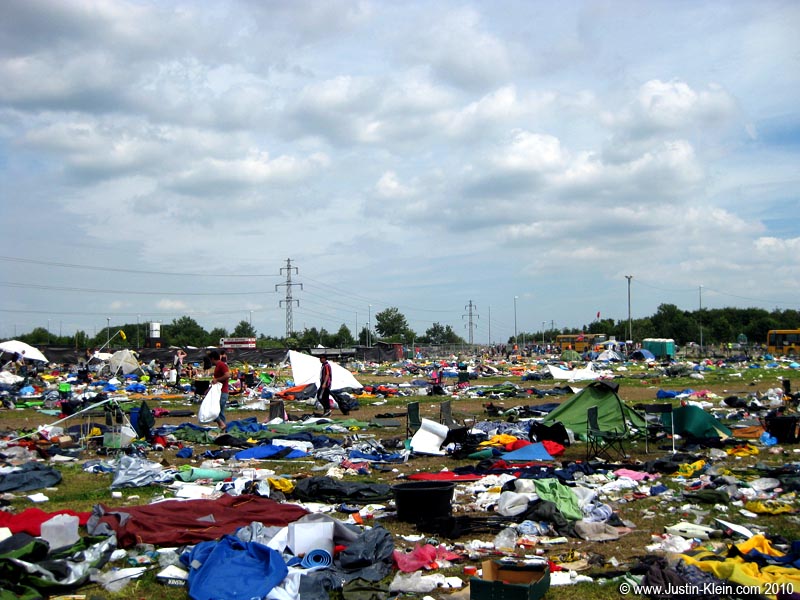 Back in the camping area it was chaos. Primal destruction. After a week’s worth of savage living, most of the tents were foul beyond recognition – nobody wanted to keep them. So they’d shred them. Rip them apart, smash them to bits, stab their air mattresses with poles and bash their stereos with wine bottles. People jumped around like drunken primates crushing and tearing and destroying.

And then, it was over. 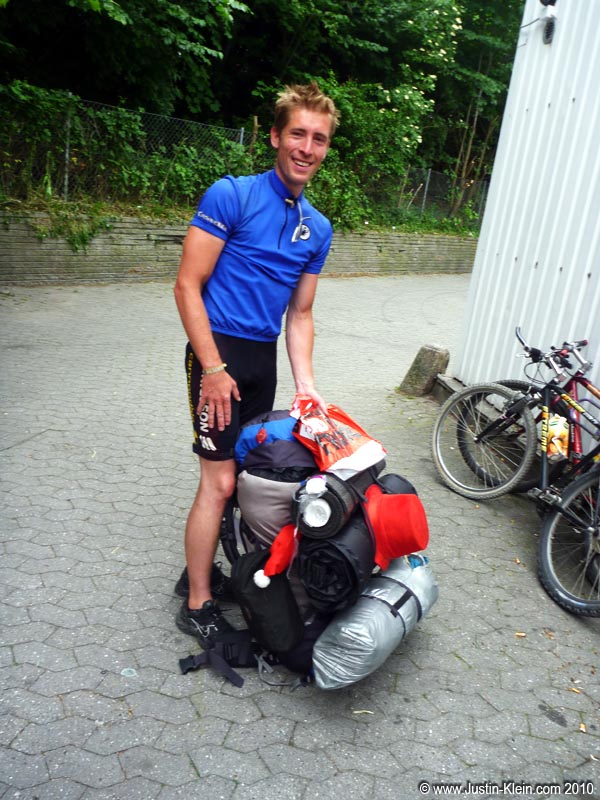 When we finally dragged ourselves out of the vast fields of Roskilde, Peder’s backpack was as big as a house. Most of what’s left behind is worthless, but among the rubble some jewels are to be found: still-sealed bbq grills, untouched six-packs, and fluffy santa hats all in their original wrapping. Even some pristine camping gear remains scattered amongst the debris.

When Peder and I awoke in our tent that one final morning, the field around us looked like it’d been hit by a tsunami. I’d never seen so much rubble.

…And the oddities that people left behind were entertaining enough to keep us there for hours. You can’t even imagine some of the weird stuff that people bring to Roskilde – and that they leave behind at the end. By the time we finally packed up and headed out, we were the very last ones there. Security had to tell us to leave. 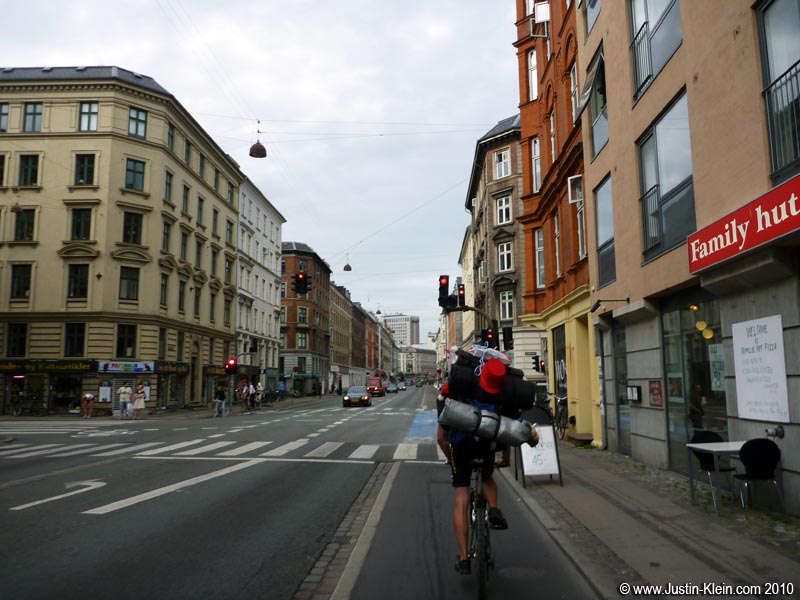 I’ll bet you thought our riding was done. Nope. Not yet.

It was now Monday afternoon. We’d made it through Tour de Denmark in one piece, and the experience of a lifetime had come to an end. I was perhaps as physically and mentally worn as I’d ever been. My face and arms were sunburnt to a crisp. All I wanted to do was crawl into bed and stay there for a week.

But we still had more riding to go.