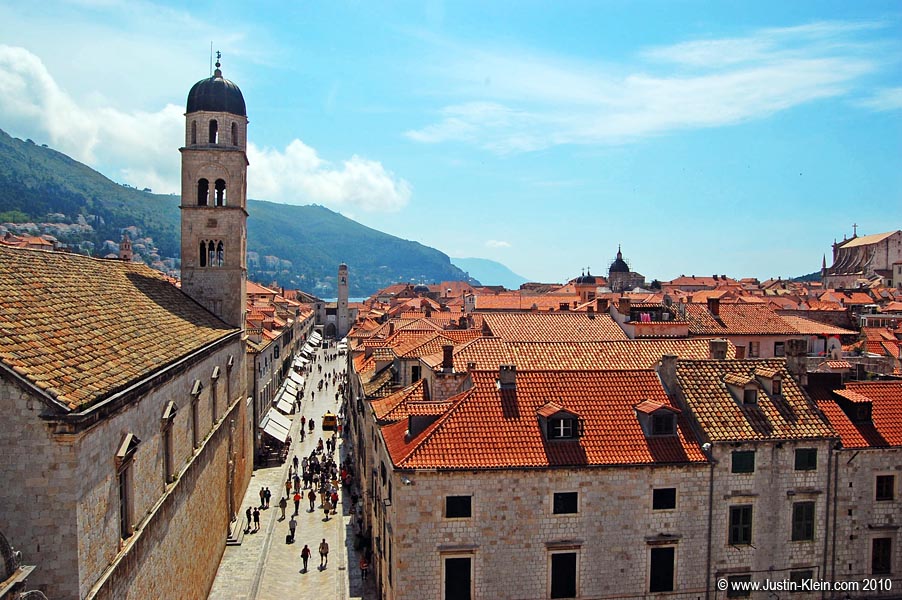 Somewhere around 8am the following morning, Ivan, the owner of my little villa, came knocking at my door. He was in a panic.

Wait…let me first give you a small bit of history.

A few posts ago, I mentioned that I’d agreed to my Dubrovnik lodging perhaps a bit too hastily – hopping into Ivan’s car before examining the other options, costs, and locations as thoroughly as I should have. Yet there was one thing I was absolutely clear about: I must have unlimited, free, high-speed wifi in my room. “Yes yes, no problem OK” he confirmed several times.

I’m sure you can see where this is going. 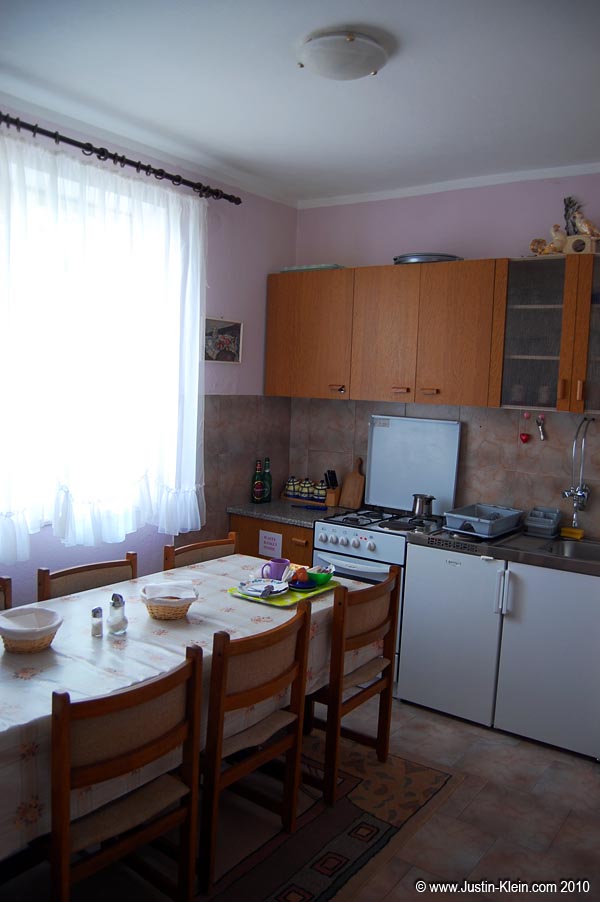 The kitchen at Villa Ivan. The whole place was really quite nice…but give any programmer the choice between a nice kitchen and a reliable internet connection, and there’s only one reasonable answer ; )

Apparently to Ivan, “unlimited” meant “maybe one or two gigabytes over the course of the stay.” He failed to mention that his connection is pay-by-usage, so when he awoke to discover that I’d used over 4gb in under 24 hours, he was in a panic. He assumed that I must’ve sat in my room the entire day doing nothing but surfing the web. I assured him that I had indeed spent over ten hours out and about, not returning until after 8pm. But he didn’t buy it. How could I explain to a guy who uses a pencil-and-paper booking system that I’m a software engineer, and this is what happens when I get home at 8, do high-bandwidth remote debugging for 4 solid hours followed by all night of running backup tasks uploading HD video? 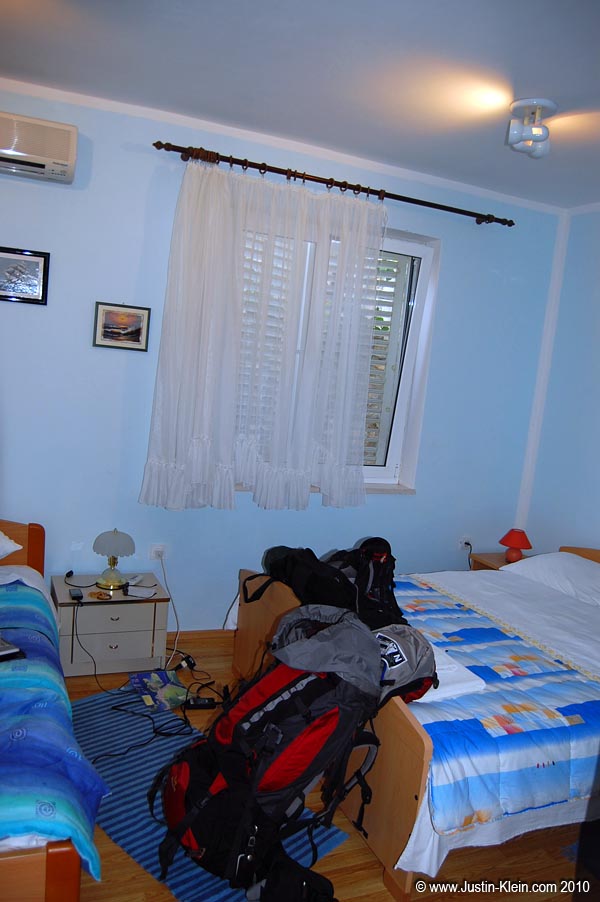 The answer: I couldn’t, and suddenly he wanted to change our deal from “unlimited” to “you should pay 25 kuna per gigabyte if you want to use so much.”

To be fair I can understand the guy’s perspective – he’s been managing the villa for over ten years and nobody has ever come even close to that kind of bandwidth – but he still should’ve been clear when we agreed on the price. Unlimited does mean unlimited, and that’s what he said – so I told him I wasn’t about to double my cost just because he made an assumption in his head about what “unlimited” would mean.

Luckily this little issue played perfectly into my itinerary.

Originally, I’d regretted choosing a lodging so inconveniently far from the Old Town district. Later, I realized I shouldn’t have booked two nights in Dubrovnik at all. While Dubrovnik is undeniably gorgeous – and absolutely worth a visit – the fact is that it’s really quite tiny, so unless your intention is to kick back and relax on the beach it can easily be seen in a day. I’d even considered asking if I could back out of my second night’s reservation and leave for Bosnia on the 3pm bus rather than at 8am the following morning, but decided that since I’d already prepaid for the room I might as well just hang out and get some work done. Now, I had the perfect excuse to leave. 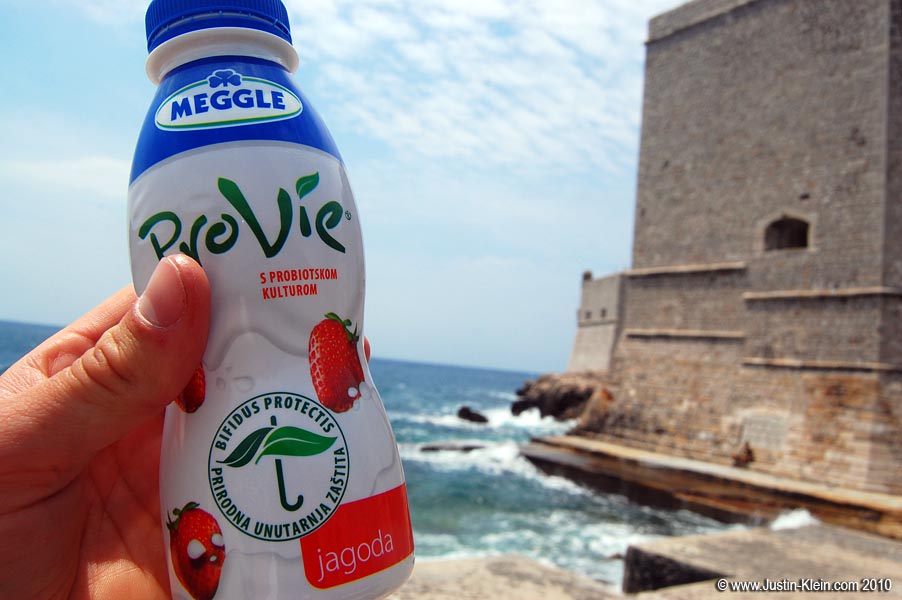 Drinkable yogurt; one of my staples while traveling. I probably go through at least one of these every single day.

“OK Ivan, either you can honor our agreement and allow me my UNLIMITED internet, as promised, or we can cancel my second night and I’ll find somewhere else that will.” 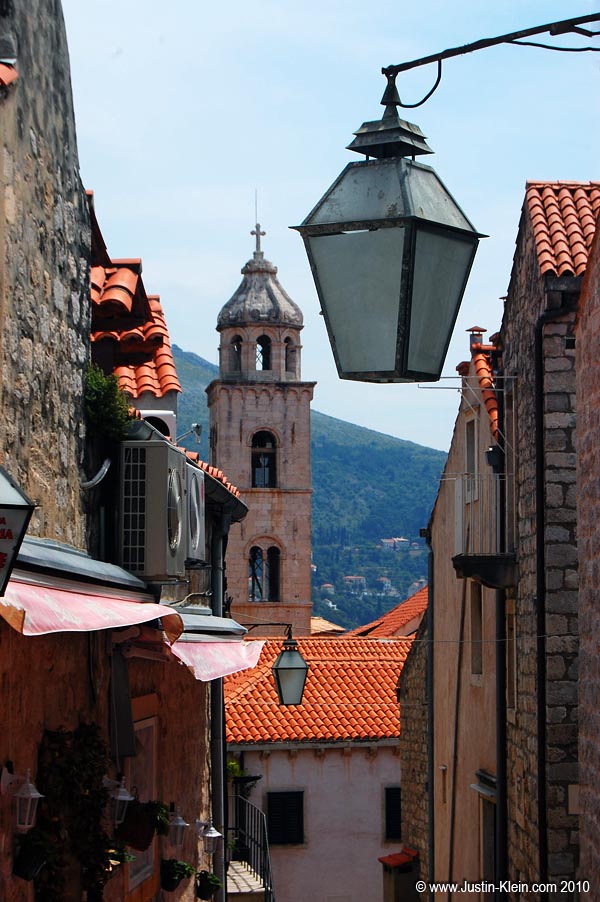 I knew he wouldn’t pick the former, which would’ve left him virtually no profit for my stay – so after a nice long discussion, I collected my refund, packed up, threw my stuff in the luggage room, and headed out towards the old city for one last stroll around. Then I said goodbye to the huge cruise ships and packaged tours groups and boarded a bus for the heart of Bosnia. 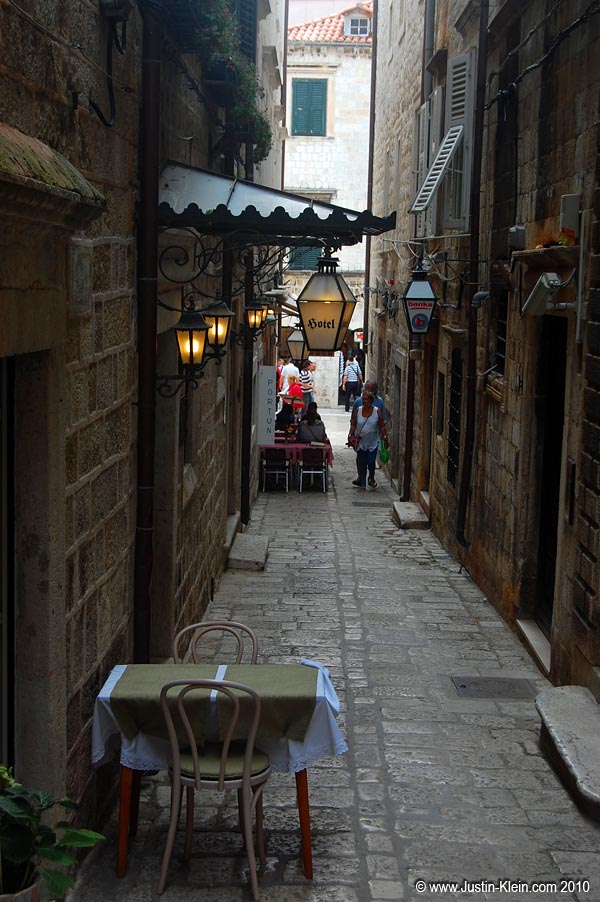 A quiet alley in the old city.

Note: Most people probably think I’m wacky for caring so much about staying connected while in a gorgeous beach town like Dubrovnik, but remember, the only way I can afford to stay on the road so long is by doing my job remotely. Supplement this with the fact that I was less than a week away from meeting Peder, and I really needed to make sure I could get current with all my personal matters. Considering that I was already a week behind on blogs, 200 reviews on Anki, 1000 photos to sort, and several gigs of remote backups, there was no more important time to be connected than now. Sorry Ivan, but I need my bandwidth…

5 Responses to “Definition of Unlimited”